After a small pause another Monty Python Reality Hack took place in Prague on October 2 – fish slapping dance. The low turn-out resembling the first year did not prevent a pleasant slapping. The initial rather awkward fish dances were caught by surprise by a mackerel ambush from behind resulting in a smoked fish fragrance that conquered the southern part of Wenceslas Square. 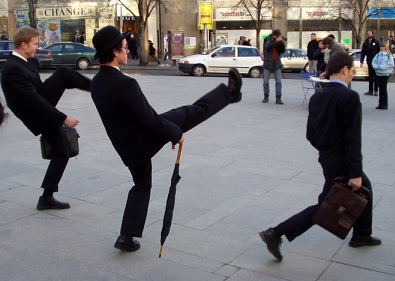